No friction, no limits! Magnetic bearings not only increase lifetime but also make it possible to run motors in a vacuum at ultra-high rotational speeds. With our technology you can reach 500,000 rpm and more.

Every engineer knows the rule-of-thumb that high rotational speeds lead to high abrasion and reduced lifetime of the ball bearings in a standard bearing. As a high speed specialist, our manufacturer partner Celeroton was forced by necessity to solve this problem. This is why Celeroton now offers a technologically leading alternative for unlimited lifetime despite highest rotation speeds - our ultra-high-speed magnetic bearings. We have integrated the technology in the new motor CM-AMB-400. 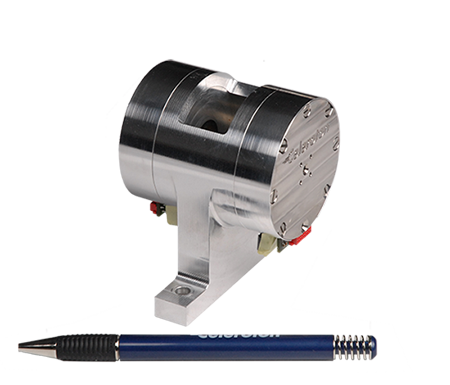 Example of a magnetically levitated motor with 400,000 rpm for the operation of a rotating mirror in a high speed camera. 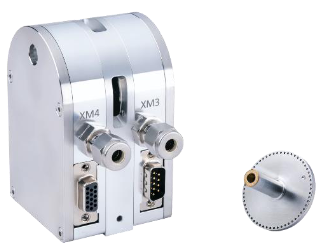 The bearing is based on Lorentz forces instead of reluctance forces. A winding, which lies in the air gap between the rotor magnets and the stator iron, generates these forces – electric current in the winding regulates them. The magnetic field of the permanent magnet can also be used for the generation of the torque, which enables a short design of the motor as so called bearingless motor. 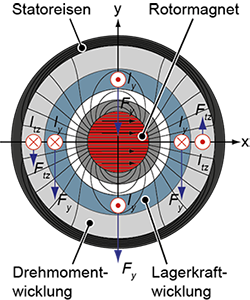 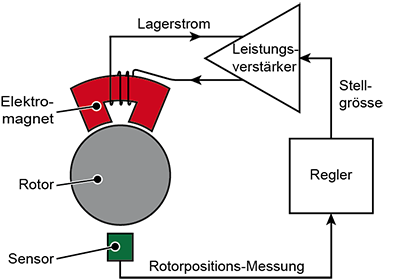 If you are designing a new system for ultra-high speeds and are thinking about magnetic bearings, please contact us​​​​​​​ to discuss your requirements.