The SRC4/300-05 is a state-of-the-art controller for Switched Reluctance Motors (SRM). It brings together the intelligence and capability of FPGA's with IGBT power electronics technology in one smart and compact drive, for the control of switched reluctance motors.
The controller is intended for laboratory use, to test 2- to 4-phase switched reluctance motors up to 300Vdc bus voltage, primarily trapezoidal commutation mode. It allows the user to freely define current switching angles, supported by incremental encoder feedback. In the final customer application, Hall-effect or other simple feedback sensors may be used instead of an encoder. 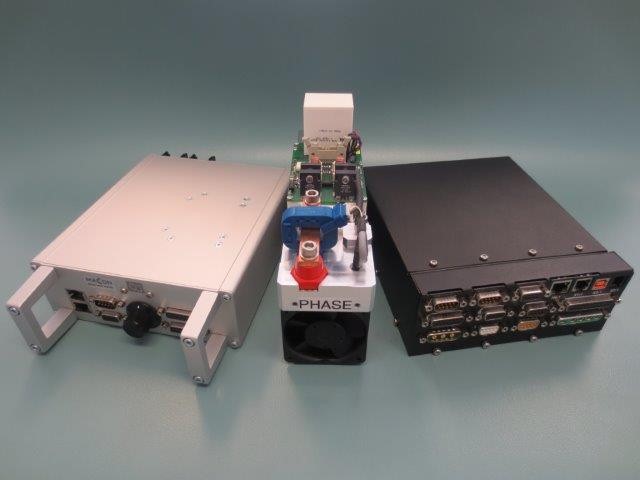 Switched reluctance motors are used in the following cases:

Robustness: In contrast to a PMSM (BLDC) motor, the rotor of a switched reluctance motor has no magnets glued to the rotor hub. Instead, the rotor hub consists only of steel laminations. So, no magnets can degrade over time, or be damaged. No magnets can fly off due to high centrifugal forces. The issue of adhesive failing at elevated temperatures is eliminated. In other words, there are less points of failure than in a PMSM motor.

Our switched and synchronous reluctance motors can be found here.